This lecture deals with maximum likelihood estimation of the parameters of the normal distribution.

Before continuing, you might want to revise the basics of maximum likelihood estimation (MLE).

Our sample is made up of the first terms of an IID sequence of normal random variables having mean and variance .

The mean and the variance are the two parameters that need to be estimated.

Given the assumption that the observations from the sample are IID, the likelihood function can be written as

By taking the natural logarithm of the likelihood function, we get 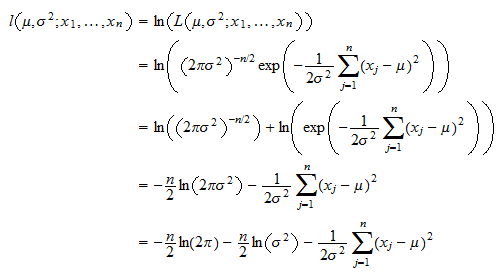 The maximum likelihood estimators of the mean and the variance are

we need to compute all second order partial derivatives. We haveandFinally, which, as you might want to check, is also equal to the other cross-partial derivative . Therefore, the Hessian isBy the information equality, we have that 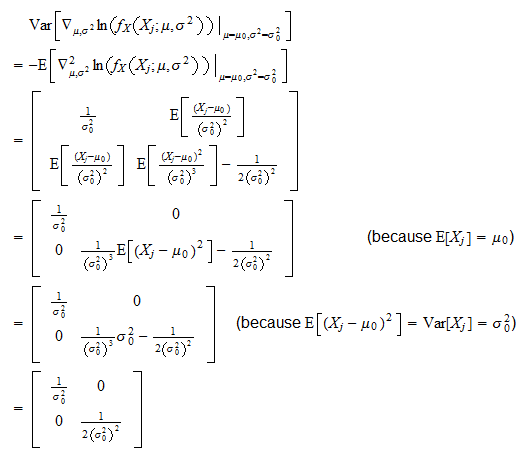 As a consequence, the asymptotic covariance matrix is

In other words, the distribution of the vector can be approximated by a multivariate normal distribution with mean and covariance matrix

StatLect has several pages that contain detailed derivations of MLEs. Learn how to find the estimators of the parameters of the following distributions and models.